Esports is big business. Professional video game players can earn hundreds of thousands of dollars per year. Professional streamers – people that play video games live on platforms like Twitch – can earn even more.

Perhaps it’s no surprise that tools to game the system are widely available on dark web marketplaces. These tools include bots that can give players an edge in competition or inflate viewership on online streaming platforms.

And while these tools might seem harmless when compared to the massive business disruption and financial fraud services that typically dominate dark web marketplaces, the use of the dark web for relatively minor offenses might serve as a gateway to larger criminal endeavors.

These findings are detailed in our new report, “In It To Win It! eSports On the Underground: Hacks, Exploits & Fraud,” which documents dark web activity around gaming. Some of the key takeaways from our research:

Histogram of spike in chatter during 2018-2019 CS:GO tournament season 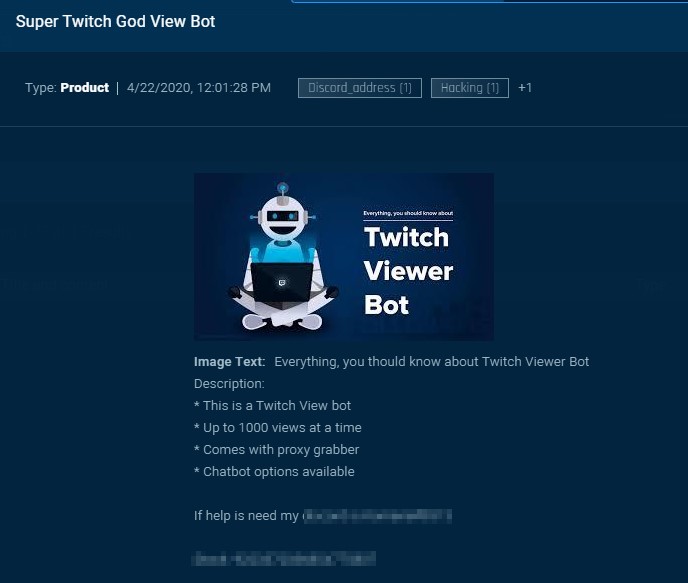 Notoriety and fame are the largest rewards for those that manipulate eSports venues. For any young minds, these rewards outweigh the penalties. An account may be banned if caught cheating, but that is easily circumvented. One merely has to create a new account. Unfortunately, the light punishments may make it seem that fraud is risk free. Some young people introduced to cheating through the dark web may think the penalties are equally light for larger schemes involving stolen credit card accounts.